Does Cheese Really Work As Bait For Mice?

Mice love cheese. Or, at least, that's what centuries of storytelling and popular culture have told us. So it's no wonder that cheese is a common bait of choice for many homeowners looking to tackle their mouse problem. However, a perfectly laid trap baited with a slice of cheese may not be as effective as you'd think. The following takes a look at this pervasive pest control myth, as well as what mice are really attracted to.

Despite what you've seen on television and in story books, mice aren't terribly fond of cheese. In fact, some of the more pungent varieties of cheese may actually send mice scurrying. Mice have a very keen sense of smell and certain types of cheese can prove too much for their sense of smell to handle.

So why do mice go for cheese if it's not their favorite food? It turns out that the average mouse isn't so choosy when it comes to a meal. Mice are opportunistic eaters that'll eat almost anything if they're hungry enough. It's not unusual for mice to snack on cardboard, insects, other animals including their fellow mice, and even their own feces if they're really desperate.

Mice are also optimal foragers who'll dine on whatever's closest and most convenient to get. If cheese is the only food that's left out in the open, then that's what'll be on the menu until they run across something they really like.

Grains, seeds, and nuts are what mice traditionally enjoy. Ironically enough, humans have gone to great lengths to protect those foods against vermin while leaving cheese out in the open. Predictably, that meant cheese was the only convenient source of food available to mice, leading people to erroneously believe that mice exclusively sought out cheese.

So what do mice really look forward to nibbling on? Peanut butter happens to be one of several foods that mice are really attracted to. Its spread-ability also makes it ideal bait for luring hungry mice. Mice also find chocolate hard to resist. Other foods that can be used effectively as bait for various mouse traps include birdseed, soft candies and even canned dog or cat food. Some have even found mice to be particularly fond of crackers with butter. Whichever type of bait you choose will depend on the type of trap you want to set for your uninvited guests.

Read in about 2 Minutes 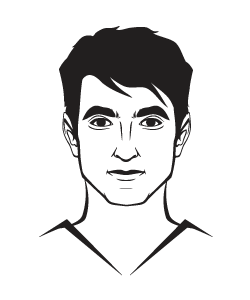